Georgia is at the heart of the Transcaucasian region that reaches from the shores of the Black Sea to the Caspian, rich in hydrocarbons from the Eocene, Cretaceous, Miocene and Oligocene eras.

Estimates suggest that only some 25% of Georgia’s energy potential has been realised. Georgia and her neighbours continue to develop an extensive hydrocarbon and energy infrastructure to transport oil and gas to international markets.

A complex of major pipelines run through the Transcaucasus, such as the Baku-Tbilisi-Ceyhan Pipeline, moving Azeri crude to the Turkish Mediterranean and the Black Sea, and the South Caucasus Pipeline, carrying gas from Azerbaijan to Turkey. The Georgian ports of Supsa and Poti by the Black Sea support major export terminals.

Operations using the full range of modern exploration and production technologies, including 3D seismic, stimulation and directional and horizontal drilling, are facilitated by a regulatory environment ensuring a liberalised energy market and  stable framework for Production Sharing Contracts.

Georgia’s production capacity and hydrocarbons infrastructure have drawn increasing interest from the world’s largest energy companies, such as BP, ExxonMobil and Schlumberger. 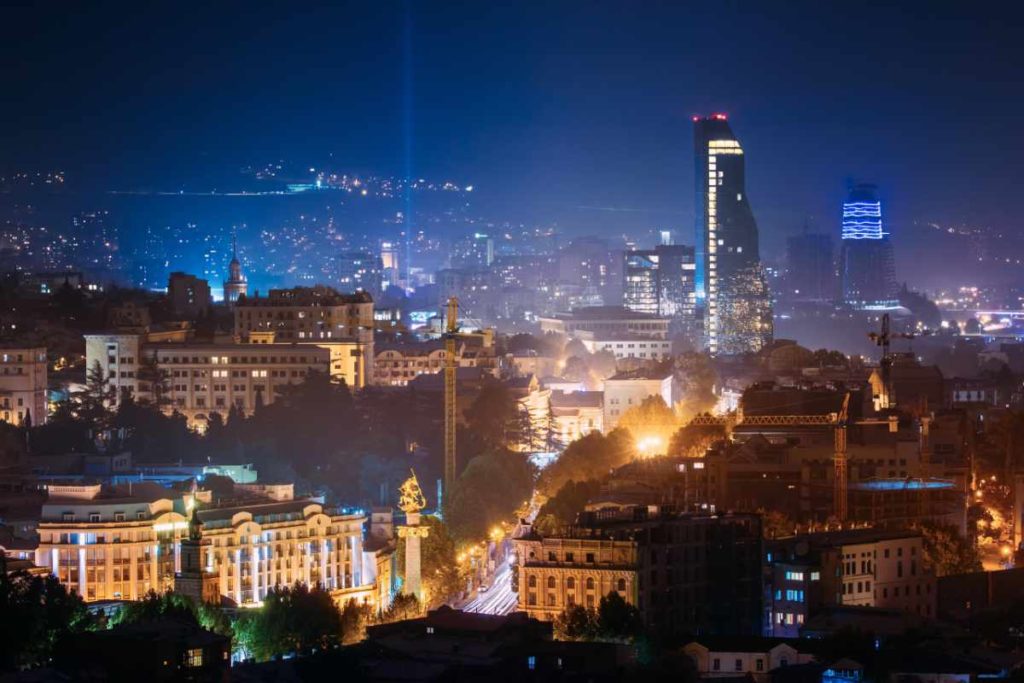 I believe Georgia will prosper as a strong, democratic nation with progressive, western values. We will continue to be a beacon to our fellow nations in the region. We will strive to demonstrate that European democratic values have a home in the Caucasus.

Georgia, with its central location in Eurasia and increasingly open trade and investment regime, could serve as an entry point to a regional market of half a billion people for US companies looking to expand their exports.

Georgia is tightly woven into the international community, recognised for its free and fair elections and rapid economic growth.

The Georgian economy has become ever more closely integrated with international markets as successive administrations seek to take full advantage of the country’s strategic position between east and west.

Georgia has invested in infrastructure, extending road, rail and industrial networks. And the country has pursued fiscal and monetary policies designed to maintain a pro-business economic environment. Monetary policy has focused on maintaining price stability, and fiscal policy on low interest and tax rates: Georgia’s income and corporation taxes are set at 20%.

Georgia ranks highly in the World Bank’s Doing Business league and the Fraser Institute’s Index of Economic Freedom, measured according criteria such as commitment to free trade, disciplined monetary and fiscal policy, transparency and strong regulatory and legal frameworks.

The country has achieved consistently strong economic growth over the past decade, growing at an average annual rate of 5%.

Since the dispute with Russia in 2008 Georgia, supported by the US, NATO and the EU, has maintained good relations with neighbouring Turkey, Armenia and Azerbaijan. Georgia and Russia remain intimately connected economically, culturally and socially, as they have for centuries, ties that work a quiet diplomacy beyond the words exchanged by politicians.